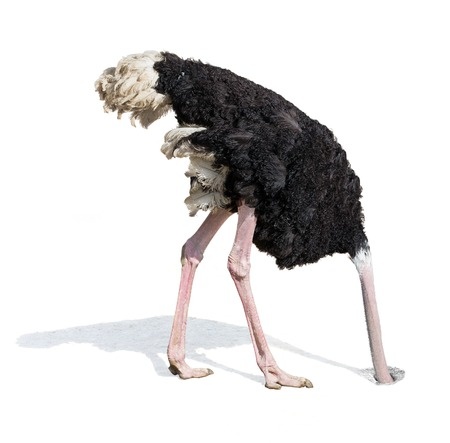 Ostriches reportedly stick their heads in a hole if they see something they fear. If they can’t see it, then it must have gone away. President Trump, with most republicans lawmakers going along, is trying that same tactic on the public. Despite 7 years of promises, and multiple attempts, Republicans have been unsuccessful overturning the Affordable Care Act, otherwise know as ObamaCare. So Trump has been doing everything he can to destroy it, with the hopes that it will wither and die, then he can blame Democrats on it’s demise, claiming it was bad legislation. This despite not having a good alternative.

One of the efforts have been to keep people from signing up for coverage for next year. The Trump administration has cut the advertising budget by 90%, shortened the enrollment window, and will close the site on some Sundays for, “maintenance.” They figure that if people can’t see it, they will think it must not be there.

Well sign up just started. If you don’t otherwise have coverage, such as through work, sign up right away, while you still can.  You must sign up by 12/15/17. Don’t wait until the last minute as you might not be able to get on the site. Don’t be scared off by reports of premiums going up. Although true, subsidies also go up per the law, and it costs nothing to find out what it would cost for coverage. Go to healthcare.gov.

One thought on “Trying to Destroy Healthcare the Ostrich Way”