The Journal of the Medical Association recently published an article about the use of lansoprazole (Prevacid) for children with poorly controlled asthma. It had been thought that gastoesophageal reflux disease (GERD) contributed to

asthma exacerbations because acid would come up from the stomach and get into the lungs.

By putting tubes down the nose and into the stomach and esophagus it was known that children often have reflux when they have breathing problems, even without having heartburn symptoms. Proton pump inhibitors (PPI’s) such as lansoprazole, omeprazole (Prilosec), pantoprazole (Protonix) and others, markedly decrease the amount of acid produced in the stomach. Even if the contents reflux into the esophagus 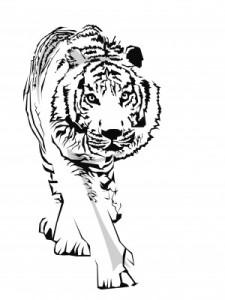 (think of an old fashioned coffee percolator), there would be less irritation if it was less acidic.

In adults with asthma and reflux symptoms, studies have shown the PPI’s help their lung function. Despite lack of conclusive studies showing benefits in children, its use in them markedly increased between 2000 and 2005. It made intuitive sense and the medications seemed pretty safe.

In this study children with poorly controlled asthma without gastroesophageal reflux (GER) symptoms not only did not do better with lansoprazole, they had more adverse events with increased respiratory infections. There were also six times as many activity related fractures in those on the medication. Although it didn’t quite reach statistical significance because of the relatively small numbers, the PPI’s are known to be associated with osteoporosis in adults.

This illustrates the important difference in statistics between association and causation. Just because two things occur together, doesn’t meant that one causes the other, and even so, it doesn’t mean treating one will treat the other. There is an old joke of a man walking around carrying an umbrella on a sunny day. “Why are you carrying an umbrella when it’s not raining,” asked his friend. “To keep the tigers away,” he replied. “But there are no tigers around here,” his friend objected. “See, it works,” he answered.

The accompanying JAMA editorial called the use of proton pump inhibitors for asthma a case of, “therapeutic creep.” That’s using medications beyond what the scientific evidence shows. This is not necessarily wrong. For example I commonly recommend vitamin D for my patients even though we still don’t have definitive evidence. In such cases, though, it’s good to remember the limits of what we know and beware of potential risks. As Hippocrates reportedly first said, Primum non nocere – First do no harm.

Even my dog’s veterinarian suggested using using over-the-counter Zantac or Pepcid for reflux because my dog sometimes threw up on the rug. Now I don’t feel so bad that I ignored her advice.

2 thoughts on “Acid Revelations – Acid Reducers and Asthma in Children”